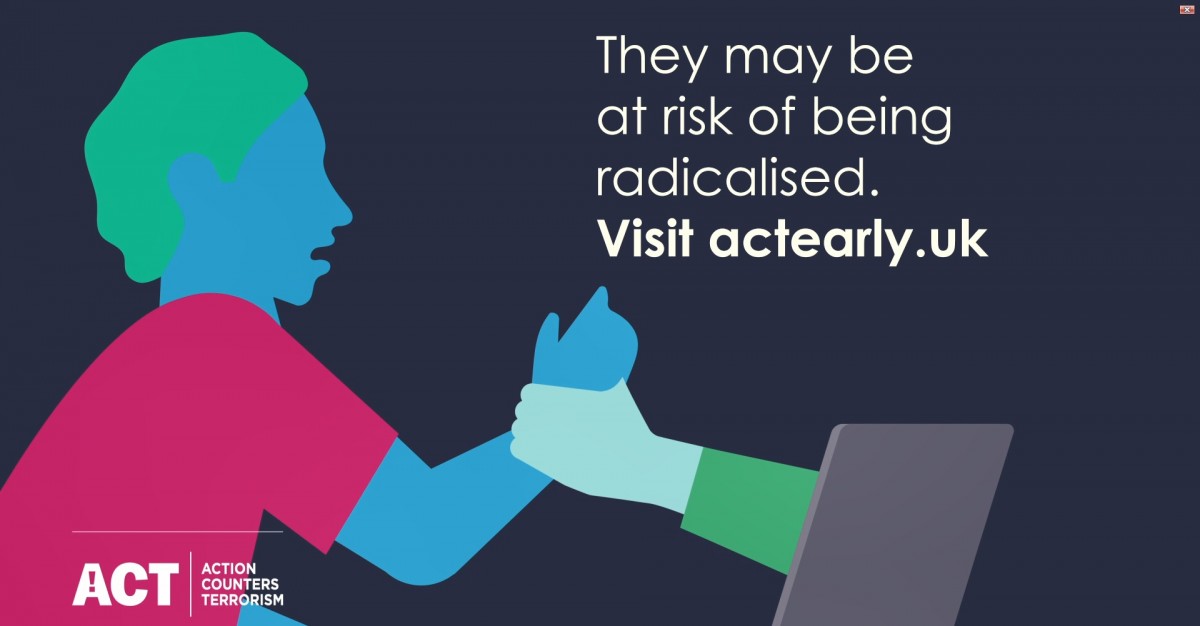 ACT Early - new Prevent website
Radicalisation is the process by which a person comes to support terrorism and extremist ideologies. If you are worried someone close to you is becoming radicalised act early and seek help. The sooner you reach out, the quicker the person you care about can be protected from being groomed and exploited by extremists.

Police forces across the country have specially trained Prevent officers who work with professionals in health, education, local authorities and charities, as well as faith and community groups to help vulnerable people move away from extremism. They are here to listen and offer help and advice. Receiving support is voluntary.

Friends and family are best placed to spot the signs, so trust your instincts and share your concerns in confidence.

They can help if you act early. You won't be wasting police time and you won’t ruin lives, but you might save them.

To find out more about how to help someone close to you visit actearly.uk

Hertfordshire’s Prevent strategy aims to reduce the threat to the United Kingdom from terrorism by stopping people becoming terrorists or supporting terrorism. The most significant threats are currently those associated with organisations such as Islamic State in Syria and Iraq, and Al Qaida associated groups. However, extremism associated with the far right also poses a continued threat.

Channel is part of the local Prevent strategy and is a multi-agency approach to identify and provide support to individuals who are at risk of being drawn into terrorism.

Channel is a programme which focuses on providing support at an early stage to young people and adults who are identified as being vulnerable to being drawn into terrorism. The programme uses a multi-agency approach to protect vulnerable people by:

Channel may be appropriate for anyone who is vulnerable to being drawn into any form of terrorism. Channel is about ensuring that vulnerable children and adults of any faith, ethnicity or background receive support before their vulnerabilities are exploited by those that would want them to embrace terrorism, and before they become involved in criminal terrorist related activity.

Success of the programme is very much dependent on the co-operation and co-ordinated activity of partners. It works best when the individuals and their families fully engage with the programme and are supported in a consistent manner.